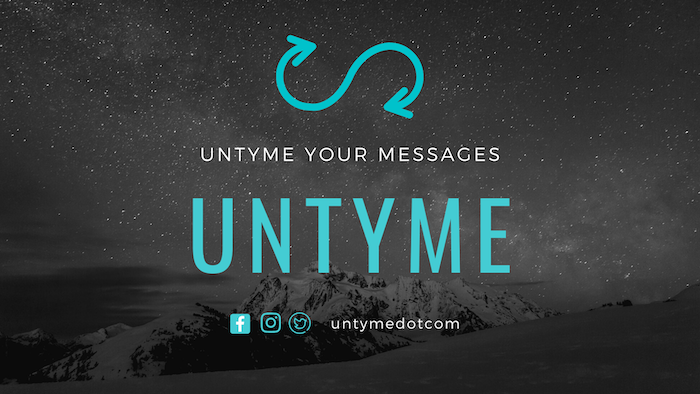 Untyme was created with a single mission to not let time stop us from delivering messages in future even when they were meant to be delivered beyond our life here. Unlike emails and other social media platforms, Untyme allows users to send messages in future to anyone they want. It could be weeks, months or years into future. People are using Untyme to wish birthdays to grand kids, wishing anniversaries to their spouses and partners 25 years in future when they may not be around. They are leaving anonymous messages to old friends and ex, creating wills and so much more. We have helped reunite old friends and family.

How would it make you feel if you received a message from someone you lost years ago? We can do that now for our kids, grand kids, friends, loved ones and others. Leave a future message now at untyme.com